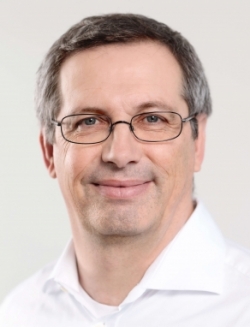 Dr. Robert Zores is CTO of REWE Digital GmbH in Cologne, founded in 2014. As a physician, mathematician and computer scientist, he has years of experience in developing new technologies, especially in the IT-field. After the end of his career in the field of aeronautics and space in the 90s, he took over the responsibility as architect and CTO in several IT companies. He was responsible for the development of parts of JAVA script at Sun Microsystems which he implemented later in several Hosting Companies in the field of e-commerce.