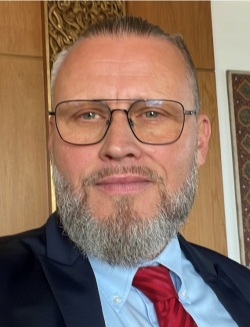 Alexander Thern-Svanberg is the Secretary of the Consultative Committee (CC) of the Universal Postal Union (UPU). This leads him to engage with Public and private stakeholders in the wider postal sector but also within the United Nations wider system, including UN agencies, Funds and Programmes . He has been working at the UPU over a decade ago where he held different positions including, Human Resources, Events management and Market Development and Research. He has been leading different work shops in different countries among other in the field of key account management. Alexander has a long experience serving as an internal civil servant in the UN common system and worked for various organizations such as WHO, UNAIDS, ITC, CEB Secretariat but also for private sector companies such as Manpower.com, Jobline.com, Monster.com. After gaining his Master’s degree in Science of Economics and Business administration from the University of Linköping, Sweden, Alexander joined various companies in Sweden before going international. He has worked in Asia, Africa, Europe and in the Caribbean in various capacities. In 2010 Alexander joined the UPU as HR Manager and quickly moved on to more substantive areas of responsibility within the field of Postal matters. In 2019, he became the Secretary of the UPU Consultative Committee, the forum for the private sector at the UPU. At that time, the UPU CC did not allow membership of private companies (only industry associations and NGOs where admitted). A journey of CC transformation began to also allow private companies to apply for CC membership. This became reality as of 1st of July 2022. He currently also manages the Resource Mobilization and Stakeholder Engagement programme in the Administration and Cabinet Directorate of the Secretary General of the UPU.